These are photos and postcards that I have collected over the years. Some are postcards; others are cartes de visite or cabinet cards. In most cases, I do not know the names of the people. 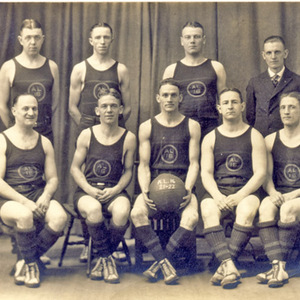 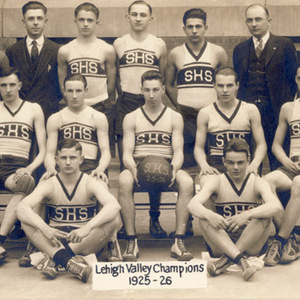 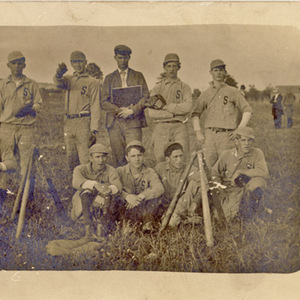 My guess is that this is a Slatington team because it looks like the site of the old baseball field, the "S" on the uniforms, and the other photos in the group were all from Slatington. 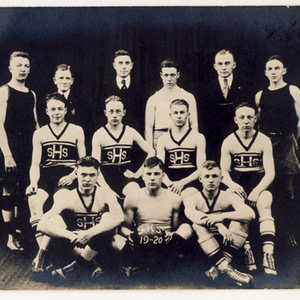 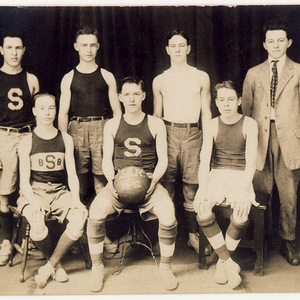 There are six names listed on the back:
Pat Berlin, Allen Kester and Russell R. Evans in one row; David Roderick, Russell Tabor and Norm Roderick in the other row. 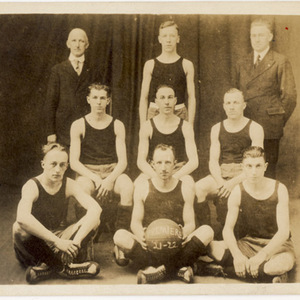 There are some names on the back, but they are hard to make out:
Steckel John M., Wm. Marshall, Miller, Hughes, Wm., Dor. Kern, Lewis Paul, Mertz? 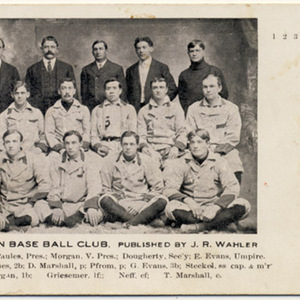 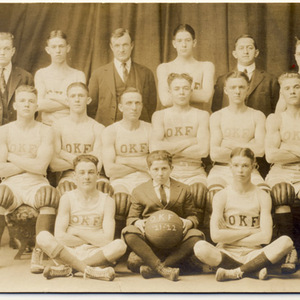 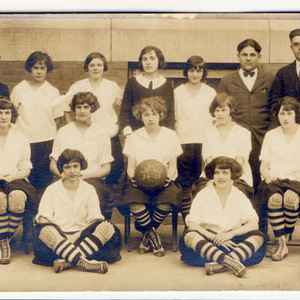